As you go down the escalators towards the entrance of Aria, in the famous City Center in Las Vegas, Nevada, you will immediately have a feeling that you will have a different party experience here. This is an ambitious Las Vegas nightclub that sports 25,500 sq. ft. size, which is one of the masterpieces of Light Group. Haze Aria managed to be one of the most popular and sought-after nightclubs in the United States.

In a city that is packed with throbbing dance floors, party goers are always yearning for a superb clubbing experience. Partying at Haze, you will definitely be amazed with the club’s interactive projection screen that oversees the dance floor. Haze also features 20-foot tall wall of lights, various colored lasers, as well as a revolutionary sound system.

Haze in Aria is split into 2 tiers, wherein the upper tier is typically for larger parties and bottle service patrons. The lower tier on the other hand accommodates the DJ booth, and there are also VIP tables that surround the dance floor, so as the performance stage. Your eyes will certainly wander while inside Haze.

Even though you are not a certified fan of chandeliers, you will surely be mesmerized with the multi-tiered crystal chandeliers which flap from the ceiling. You will also be amazed with Haze’s suede walls, and be comfy with its couches. In Haze Aria in the Las Vegas City Center, there are 3 full service bars, and all of them serve a vibrant bottle service menu.

Haze’s menu offers items that range from the typical vodka choices to rare wine bottles, which are usually being ordered by those with more sophisticated palates. But if you’re dying to know about the crowning jewel of Haze, it would be the hyped Haze 75, which was created by Mr. Ken Hall, a Light Group mixologist.

This libation is considered as the most costly in the face of Las Vegas, costing $25,000. So what makes Haze 75 expensive? Well, this above excellent libation contains Grand Marnier 150, Remy Martin Louis X111 Pearl Cognac, and the Cristal Rose Champagne, blended with rose nectar and lemon juice. Just by looking at the alcoholic beverages that are being combined, there’s no question that Haze 75 is indeed expensive, yet highly in-demand.

The #1 treat for partying in Haze Aria are the performers. Every week, Haze holds musical performances and introduces celebrity hosts. The performances are accented further by the presence of sexy Haze dancers. Haze nightclub is among those Las Vegas clubs that take music very seriously, and the effects can be seen in the set of DJs and performers who energize its stage.

However, Haze Aria will shut on the 1st of November, 2014, after a final weekender which will entail a surprise performer on the industry night of Aria on the 30th of October, and there will also be a closing party with DJ Carl Cox, a Light exclusive. The operator of this prestigious Las Vegas nightclub, Light Group, has released a statement in September 30, 2014, explaining that the closing would pave way to a fresh, brand new concept on 2015.

More details would be forthcoming. So if you want to experience the superlative party experience in Haze Aria, do it as soon as possible; After Five VIP can help you have an exquisite VIP spot there.

Hours of Operation: Open Nightly, Contact us for exact times 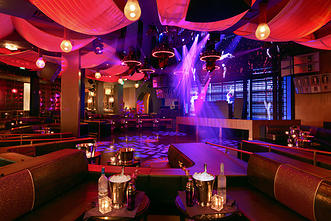 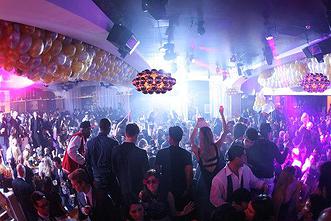 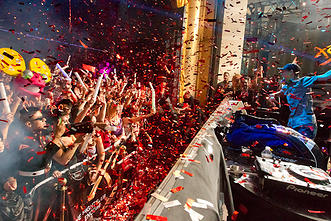 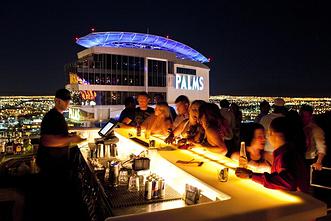 RESERVE YOUR PLACE IN VEGAS